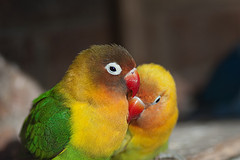 Photo by Milen Dimov,
Used with permission ’Twas a year ago today that I started using Twitter and Facebook. I kicked it off with a test message to see if I got my twitter missives automatically being sent to Facebook properly. Hardly an auspicious start. I was not an early adopter of social networking tech, and at first blush, you can’t blame me. Do I really want to read 140 character messages of what people had for breakfast and their progress on the house work? Fortunately I found it wasn’t all asinine ephemera.

I quickly found that the people I followed on Twitter and the people I followed on Facebook fell into two camps. On Facebook, there were already a lot of people that I know in analogue (AKA the real world), not just online. Particularly a large component of The Junction community group of which I’m involved. These are mostly non-techies – people from all walks of life.

On Twitter, it seemed I was following people of a more geek persuasion. Interesting people I’d meet at various conferences or tech user groups around Melbourne. In June I setup an account on Identi.ca for no particular reason. What’s Identi.ca? It is basically the same as Twitter, but based on open source software. It ended up being advantageous as there were a couple of people I started following that were only on Identi.ca - so I quickly set things up so my status updates flowed automatically from Identi.ca to Twitter, and from Twitter to Facebook.

So, Facebook was more friends and family, and Twitter and Identi.ca became more colleagues and techies. I sort of view my Twitter and Identi.ca use as my more professional, software developer persona, and Facebook as more of a personal venue. Mind you, I’m well aware that there is no such thing as privacy on Facebook, so in either case I never post anything I’d be particularly embarrassed for a potential employer to read, or worse still my mum.

So what do you do with it? I’ll usually tweet one or two things a day. Most of the time it is something funny I’ve found on the Internet that I want to share. That funny image you came across, or someone else tweeted. Some of the highlights if the past year have been:

One of the things that continues to amaze me is the eco-system of Twitter related web-sites. There are millions of them. From follower managers and friend analysers to better email notifications. Job hunting and psychological profilers, it’s all there. Need to write a tweet in Klingon? We have a site for that too.

Recently I launched Quote for the Day, backed by a little program that randomly picks a quote from my database and posts it each day. Of course you can follow it via Twitter, Facebook, or RSS. Okay, no more spruiking.

The sheer number of people Tweeting and Facebooking is astounding. Around the time I was doing some online work for a friend of mine, Kim, I came across a service called TwitterSpy that will send you instant messages of tweets based on search terms. So along with my name, my wife’s name and a few other terms, I had stuck his name in, then promptly forgot about it. About a month later an instant message pops up from someone tweeting that they had just hired Kim, whom I know was looking for work. So I ring up Kim to congratulate him on the new job, about thirty seconds after he’d hung up from the phone call with his new boss, accepting the job. Totally psyched him out.

And then there was the day I realised I literally herd cats.

There’s also the weird or creepy things that happen. Like the time Amazon started following me on Twitter minutes after I visited their web site. Amazon continued the creepy trend with another Twitter account auto-sending me ‘good deals’ on Amazon products based on key words in my tweets. Clever advertising? Not.

There’s a really nice guy called Darren Rowse, who is one of the original professional bloggers. He even has a blog about professional blogging and of course, a related Twitter account. I was somewhat bemused when within a couple of hours of starting to follow ProBlogger, I myself had eight new followers – all of them ‘online entrepreneurs’, ‘wealth creation specialists’ and ‘professional bloggers’. After a day it was about twenty and at that point I stopped following ProBlogger to avoid more spam followers. Somehow I think all these ‘professionals’ don’t quite get it.

So how do you keep your sanity in the social networking world? A few of the things I have learnt:

I also use RSS feeds a lot, and often use a twitter user’s RSS feed to follow accounts that are more company types (such as Firefox or Little Bird Electronics), and reserve following in Twitter more for individuals.

So the social networking thing, is it worth it? After a year I have to grudgingly admit that, yeah, it is. It has certainly been useful as a kind of ‘touching base’ with people I don’t see often enough in meat space (AKA the real world). Also, I’m actually a fairly private person, and while reasonably coherent and gregarious online can often be quiet in person. Facebook in particular I think has given me the opportunity to express a little bit more of myself with friends in a medium that can be more conducive. You get to share those delightful little discoveries, funny video or wry observations as they occur – not something that would always happen offline (AKA the real world).

So I wonder what the next twelve months will be like…