In honour of today (March 14) being Pi Day, a musical interpretation of Pi to 31 decimal places by Michael John Blake:

And if you think you can do better, head over to http://pi.highsign.de/ and make your own composition!

Pi, represented by the Greek letter π, is of course the ratio of the circumference of a circle to its diameter, and is also the ratio of a circle’s area to the square of its radius. Ever so versatile, the number π is used in all kinds of maths. Geometry and trigonometry obviously, but also calculus, physics, statistical probability and even chaos theory.

Celebrated in song and poem, there was even a movie called Pi about a number theorist who tried to understand the entire world through numbers and ended up drilling a hole in his head (an impulse I’ve often shared during my career working with computers.) 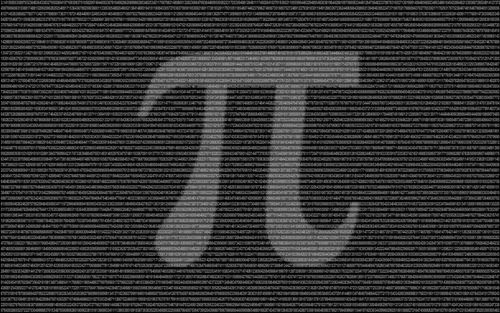 So do something today in celebration of the wonder of π. For Aussies, a meat pie for lunch would be fitting. You could order a pizza (sometimes called a pie), set your desktop wallpaper to the image above, read up about Pi on wikipedia, try and memorise the digits of π (the world record is 42,195 digits), or just run around in a circle like we do most days.